The Sheikh Zayed Grand Mosque in Abu Dhabi is the third largest mosque in the world and an iconic landmark due to its triple domed roof and multi-dome structure. IES were appointed to conduct thermal simulation and analysis of the building using their building analysis software to determine internal thermal comfort conditions, optimise HVAC system performance and verify building safety.

When designing systems for large, open spaces, normal ‘rule of thumb’ calculations do not apply as these can often result in oversized and inefficient air-conditioning plant installations. For this project, the intent was to create as natural an environment as possible by minimising the air-conditioning requirement and taking advantage of the overall thermal mass of the structure while utilising natural ventilation whenever possible to optimise internal comfort levels.

In addition to the thermal and HVAC assessments, a series of occupancy safety simulations were to be incorporated into the simulation services package. The aim of these was to examine both real-time evacuation animations and total egress times, together with the effects of smoke build up from a simulated fire within the building.

The process was to firstly create a Building Information Model (BIM) which accurately captured the architectural, structural and thermal aspects of the building. IES software allows geometry to be created from scratch in the same way as a conventional architectural CAD package, but also offers unique import/export links with market standard BIM platforms to facilitate information transfer.

Once the building model geometry had been created the next step was to begin populating the model with the necessary thermal information and HVAC data. The thermal behaviour of a building is the result of complex interaction between the structure of the fabric, internal lighting/equipment profiles and occupancy patterns, combined with the external environment. The software allowed for all of this information to be input dynamically and assigned to the model, enabling accurate capture of these complex interactions as they change over time.

With the geometric model populated to an appropriate level of information, the transition from a basic 3D model into a multi-dimensional building information model which could be used to inform the design team on key decisions was well under way. Initially, a dynamic thermal simulation was conducted in order to focus on the potential effects of a proposed high level induction air-conditioning solution.

Further simulations were performed to accurately determine the magnitude of air-conditioning load requirements needed to maintain comfortable occupancy conditions within the building.

Another key output from the dynamic thermal simulation was the estimation of internal CO2 concentration levels, of particular interest during Ramadan, when there could be as many 9000 occupants inside the main prayer hall simultaneously.

The dynamic nature of the simulationengine allowed a number of scenarios to be analysed, each with varying levels of fresh air supply from the central air-conditioning induction system. The combined effects on HVAC loads, energy consumption and thermal comfort were analysed for each option, allowing the optimum design to be determined.

In addition to the dynamic thermal simulation, a Computational Fluid Dynamics (CFD) analysis of the main prayer hall was carried out to model thermal comfort and airflow patterns in more detail. By using CFD the distribution from the high level air-conditioning induction system could be visualised in the model. In addition, the effects of extract and supply louvers located at high level around the central support columns could be determined.

The purpose of the evacuation model was to determine how quickly 9000 occupants could escape the building in the event of the break-out of a fire. The Simulex evacuation module of the suite was used and the total evacuation period was simulated at around 6 to 7 minutes.

In addition to the occupancy evacuation simulation, a smoke model was set-up which used CFD to simulate the effects of a small fire within the centre dome, and assess how long it would take for smoke to fill the building. The smoke simulation indicated that it would take around 30minutes for the smoke to reach the lower occupied zone. Combined with the 6 to 7 minute evacuation period, it provided valuable information to the design team on the safety aspects of the building.

This particular case study focused on how technology was applied to improve the thermal performance, internal environment and safety of the Sheikh Zayed Grand Mosque in Abu Dhabi. It is an example of how green principles can be applied to both new and existing buildings and demonstrates in simple terms how BIM technology can interact with  specialised systems such as the IESVE, to facilitate the sustainability process.

In this example, the building information model was created directly within the ModelIT module of the software suite, using architectural plans and elevations as reference. It demonstrates that, even in the absence of a dedicated BIM model, environmental systems and solutions can still be leveraged into a project at any stage in order to generate valuable information, which can then be used to influence key design decisions. If however, the technologies are used at the initial design stage and the BIM and specialist environmental model evolves with the project throughout each stage, results will be of even more value. 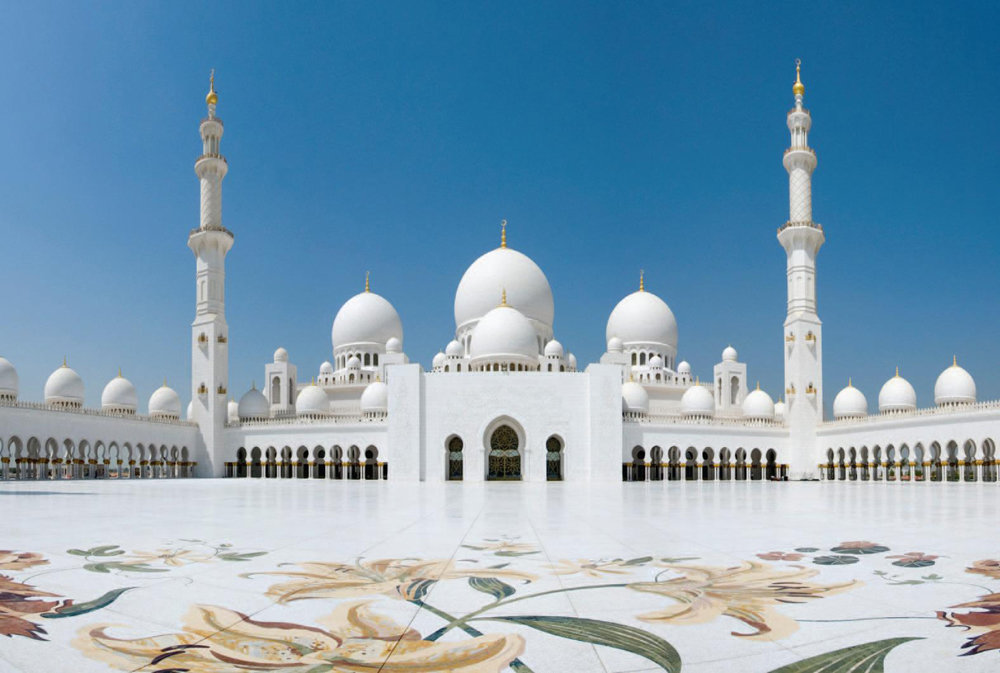 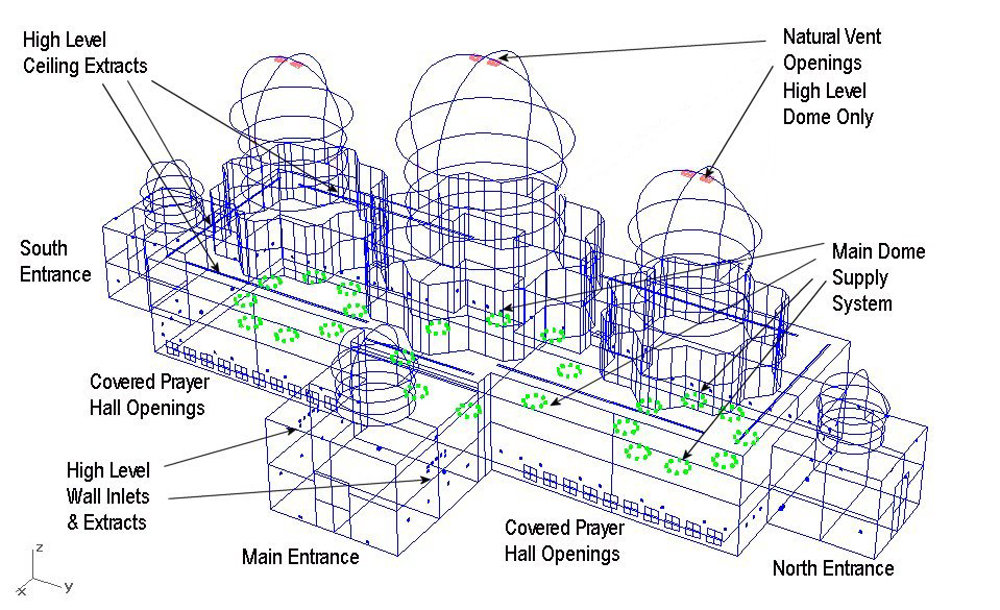 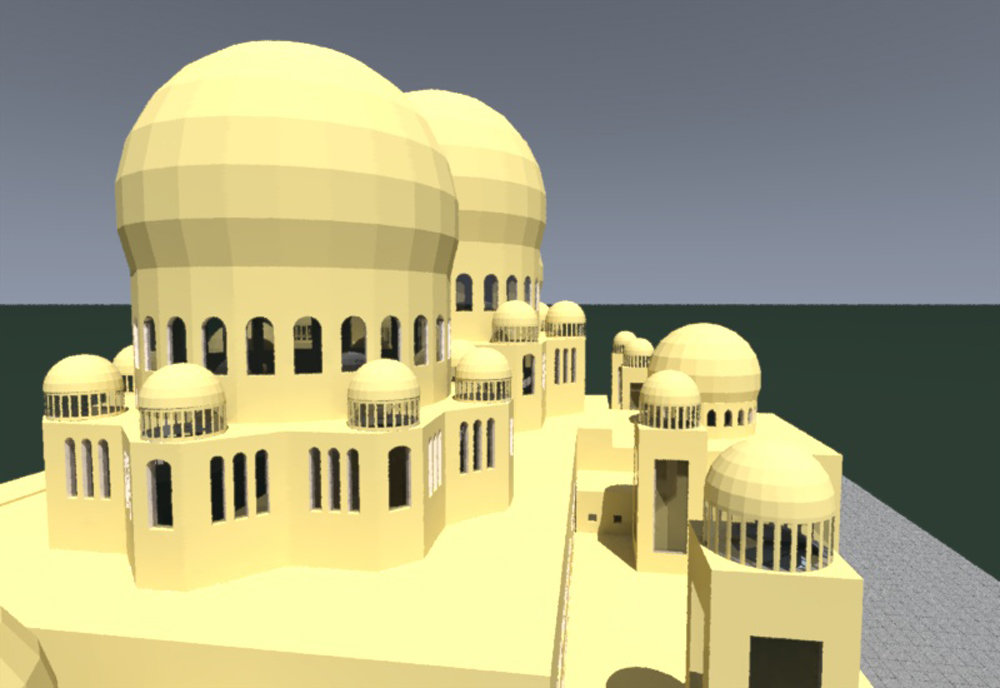 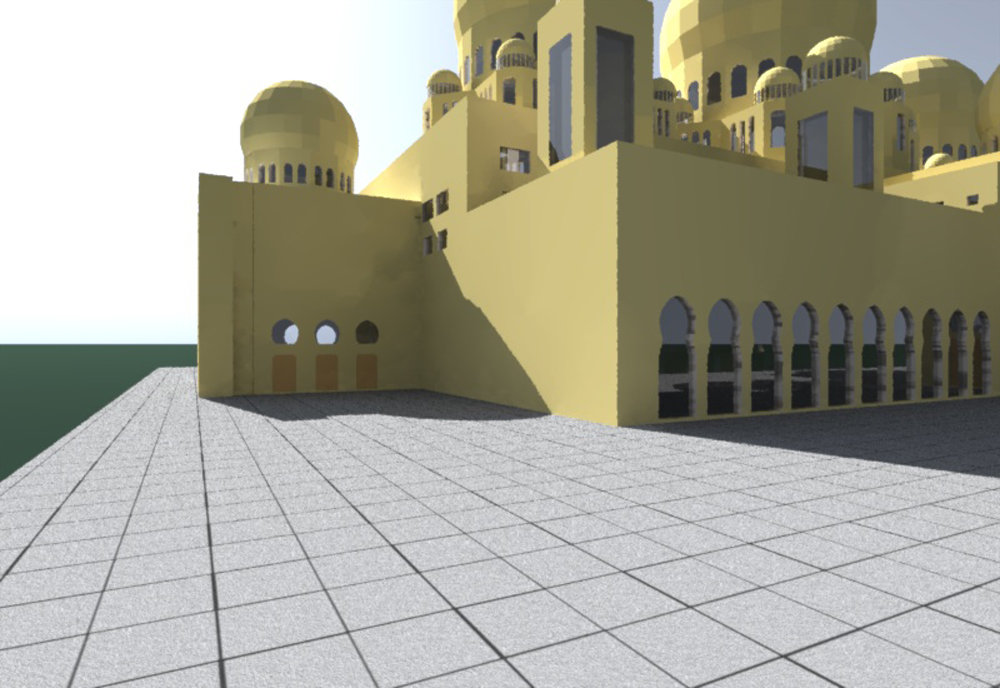