IES Consulting were tasked by Skanska USA Commercial Development to collaborate with Gensler to design a building which would be a minimum of 25% better than the most current energy code at the time.

IES Consulting were tasked by Skanska USA Commercial Development to collaborate with Gensler to design a building which would be a minimum of 25% better than the most current energy code. We were responsible for the design optimization and LEED documentation for this 35 story Core and Shell (CS) commercial office building located in Downtown Houston, Texas. In addition to assisting with optimizing the building envelope, lighting systems, elevator equipment and ventilation heat recovery, the primary chilled water system originally designed for the project was removed and the building was connected to the district chilled water plant.

The private district plant serves approximately 6.5 million square feet and consists of eight chillers with just under 30,000 tons of capacity as well as 100,000 ton-hours of ice thermal storage for the downtown area of Houston, Texas.  This enables the plant’s customers to shift load based on real-time electricity pricing and collect real data of plant operation.  In general, the plant operates conventional chillers when power costs are low and when power costs are set to peak, the plant employs the thermal storage discharge dramatically decreasing the electrical demand from the plant.

The challenge for the Capitol Tower project was documenting the energy cost savings due to the operation of the district plant utilizing the USGBC’s “Treatment of District or Campus Thermal Energy in LEED” utilizing Path 2, Full DES Accounting.  This was accomplished using IES’s cutting edge Smart Controls Analytics (iSCAN) technology. iSCAN is a web based Monitoring & Targeting (M&T) platform which focuses on data analytics to support MBCx activities, providing tools to import, interrogate and analyse real world data.

IES consultants used tools in iSCAN to import real operating data from the plant which was recorded for the full calendar years 2015 and 2016. Performance factors including delivered tonnage, consumed power and cost of the power were compiled.

The operational data collected from the district plant was stored at a sample period of 15 minutes, a sample rate easily supported by iSCAN which can manage data with sample periods of 1 minute without the need for additional processing. This level of detail was imperative to enabling the consultants to analyze variations in power costs and efficiency during all hours of operation, ensuring the accuracy of the real-time pricing for operating costs and efficiency variations.  This was especially imperative since the cost peaks were very short but extremely costly (i.e. power costs were up to 100 times the non-peak costs).

Using iSCAN analysis tools, IES Consultants were then able to investigate how the plant operates and let them examine the ways in which the cost of chilled water to the Capitol Tower project could be minimised.  For comparison and to calculate cost savings, the same rates were applied to a minimally code compliant base case chiller plant in the building. Additionally, we were able to show that by utilizing the thermal storage system to manage demand, although the district plant used approximately thirteen percent more energy, the cost for that energy was actually thirty-seven percent lower! This significantly contributed to the building’s predicted energy cost being twenty-three percent lower than the LEED baseline and an annual cost savings of over thirty-three percent.  This translates to an annual energy cost savings of over $350,000.

Through tools developed in iSCAN, the consultants were able to easily process massive quantities of data in such a way that they derived a load profile, an efficiency profile and then a real time electricity cost profile. This enabled Skanska to not only demonstrate the potential cost savings, but to demonstrate that the more sustainable solution of connecting to a district plant could achieve savings and be awarded the appropriate LEED points.  The graphics above illustrate the capabilities and usage of the iSCAN tool as described. 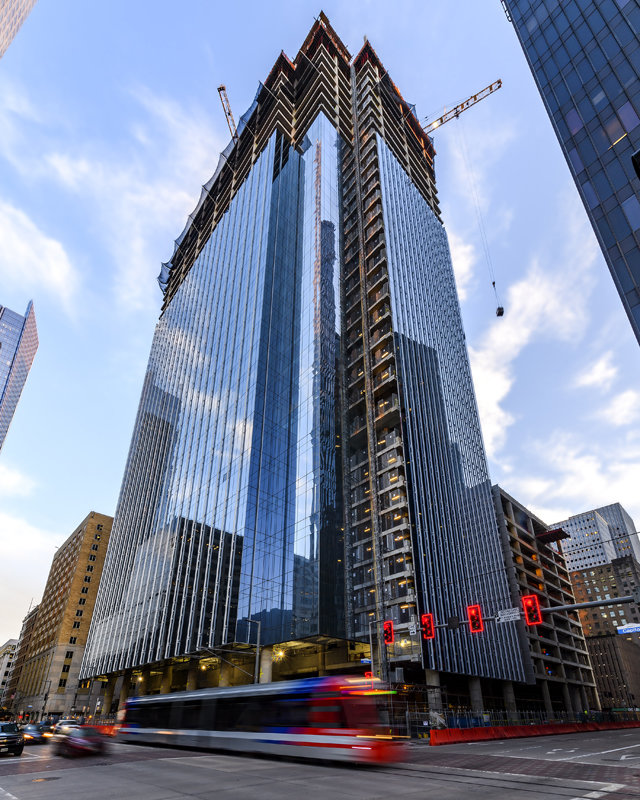 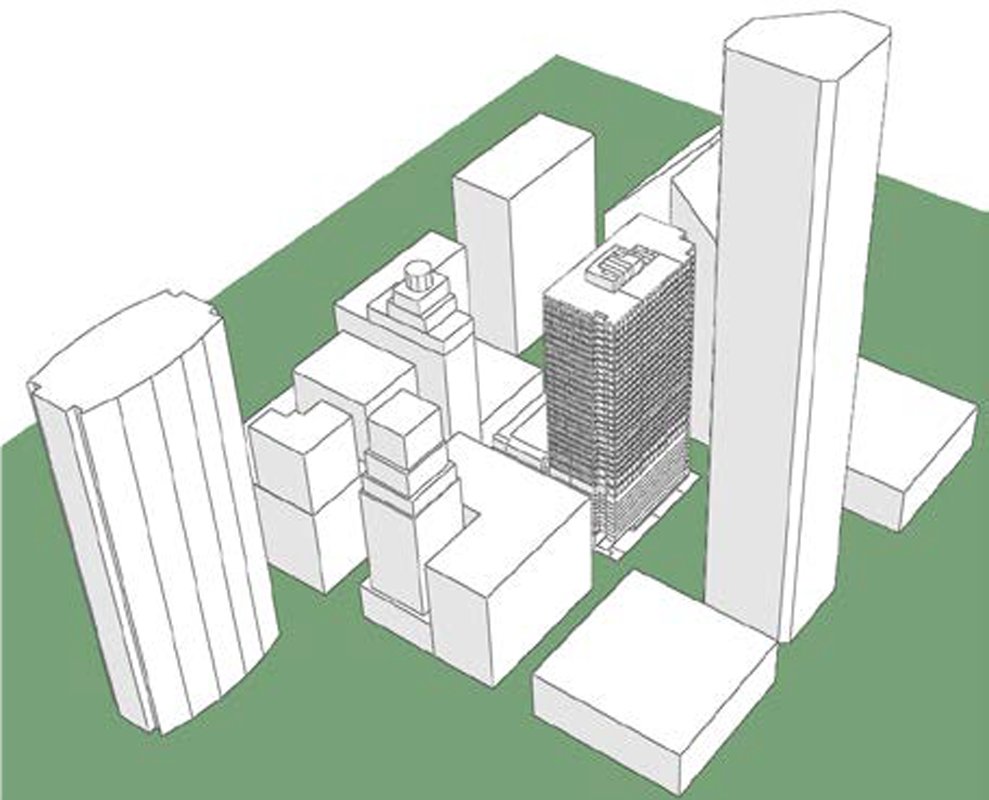 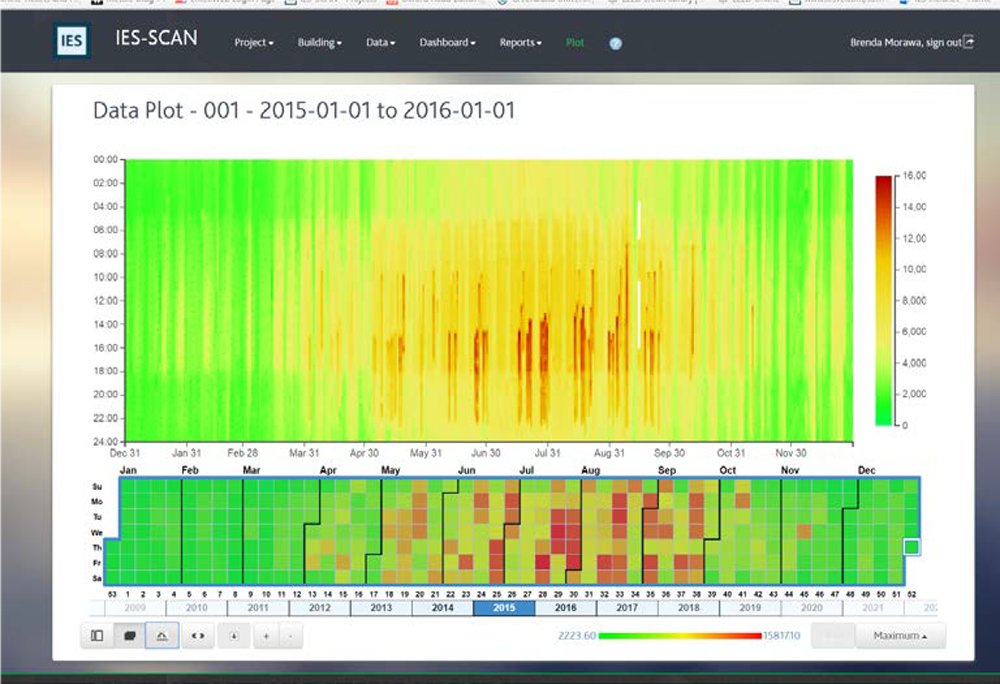 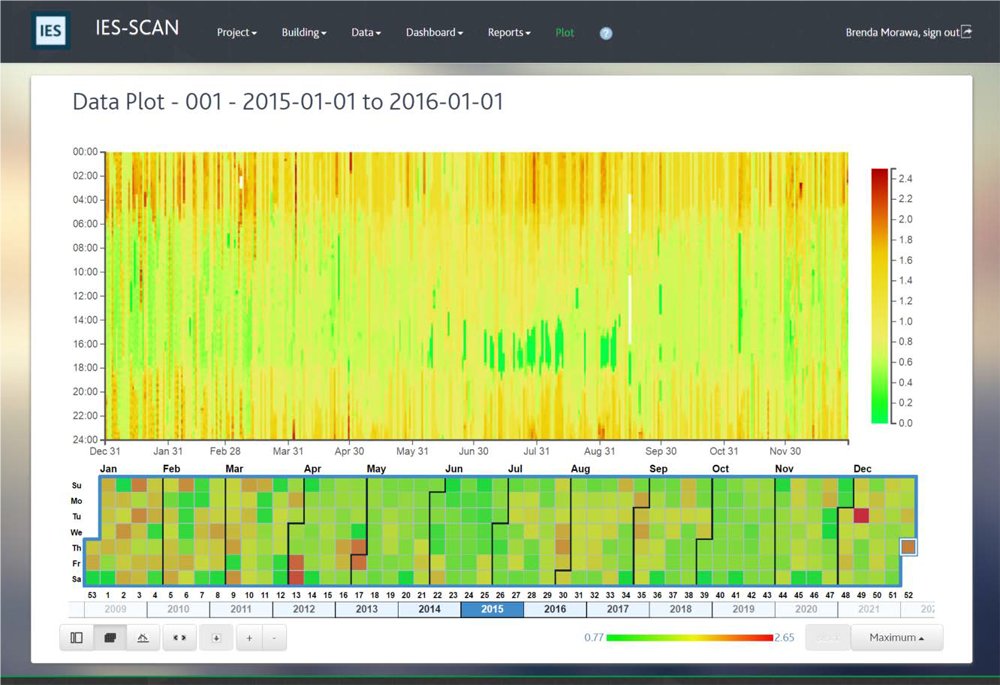 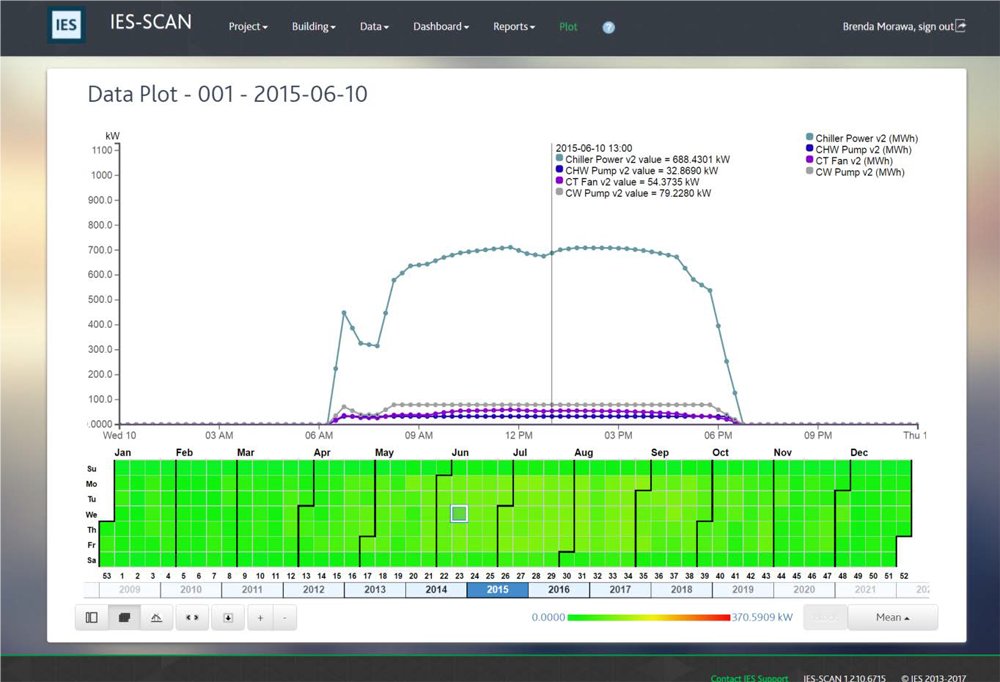 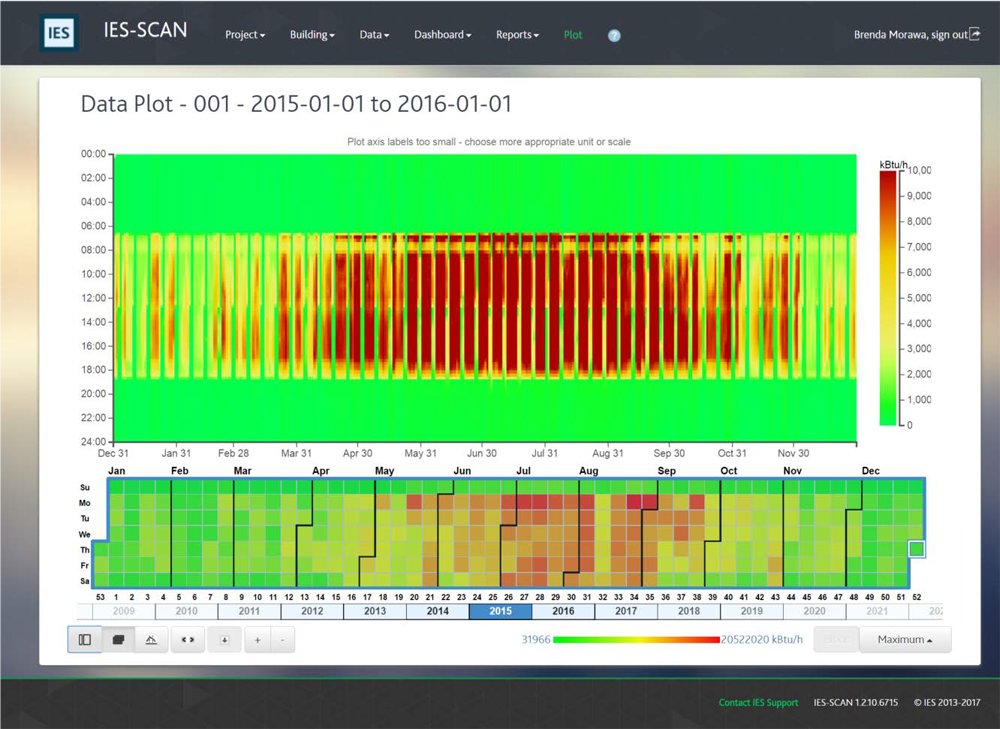 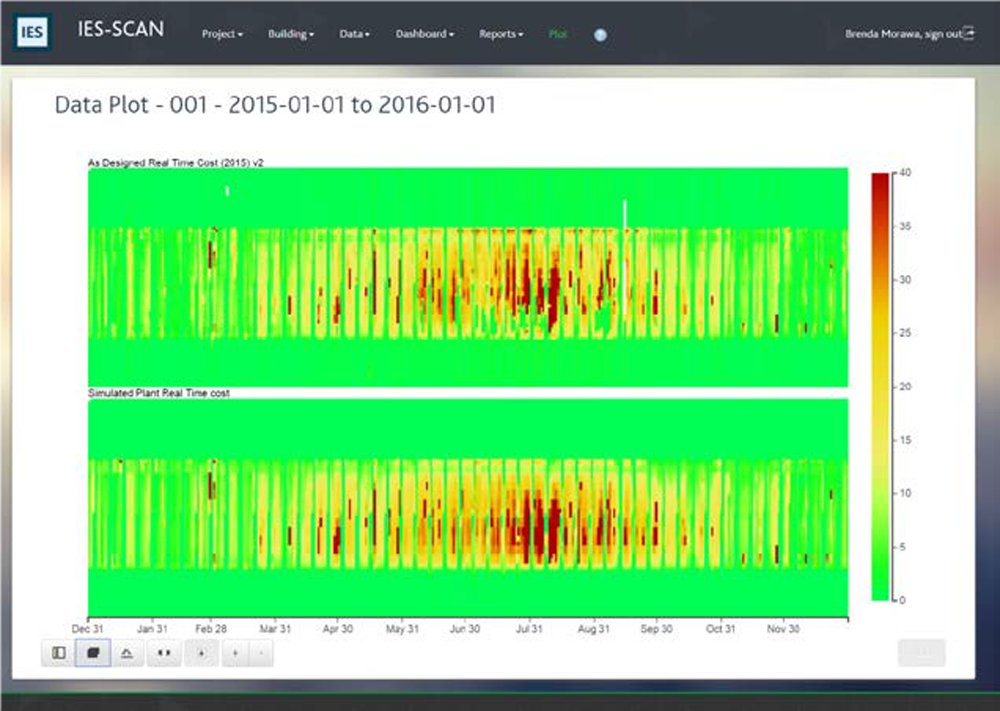