This technical article compares the predicted energy consumption of different cooling tower control strategies when the building cooling load is known, and the chiller(s) design has been established.

The available heat-rejection devices in ApacheHVAC include a closed-circuit fluid coolers or an open-circuit cooling towers. However, the closed-circuit towers are not used as often1, due to higher cost and reduced efficiency owing to the added approach of a heat exchanger, this comparison will focus on open circuit cooling tower. In commercial buildings, most of the waste heat, being rejected via a cooling tower, comes from the condenser side of the chiller(s). 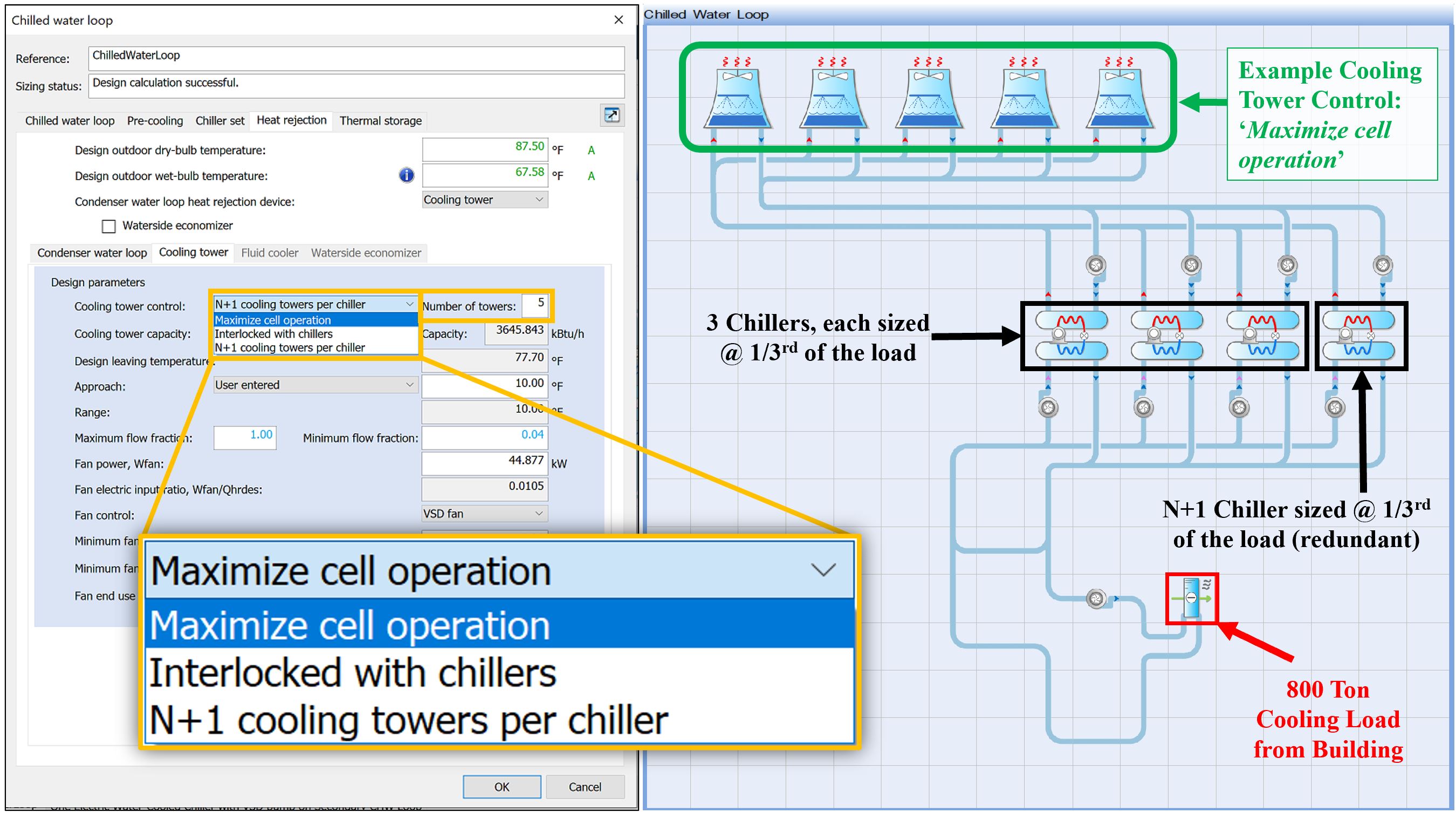 In IESVE Software (Version 2019 FP2) three different types of multiple cooling tower operation/control strategies are compared. In all cases, the chillers are rejecting the same amount of heat to the CW Loop.

Note: The energy codes (ASHRAE 90.1, IECC, and Title 24) require the use of maximum number of cells as possible. This can be modeled in ApacheHVAC using the “Maximize cell operation” control strategy. 2 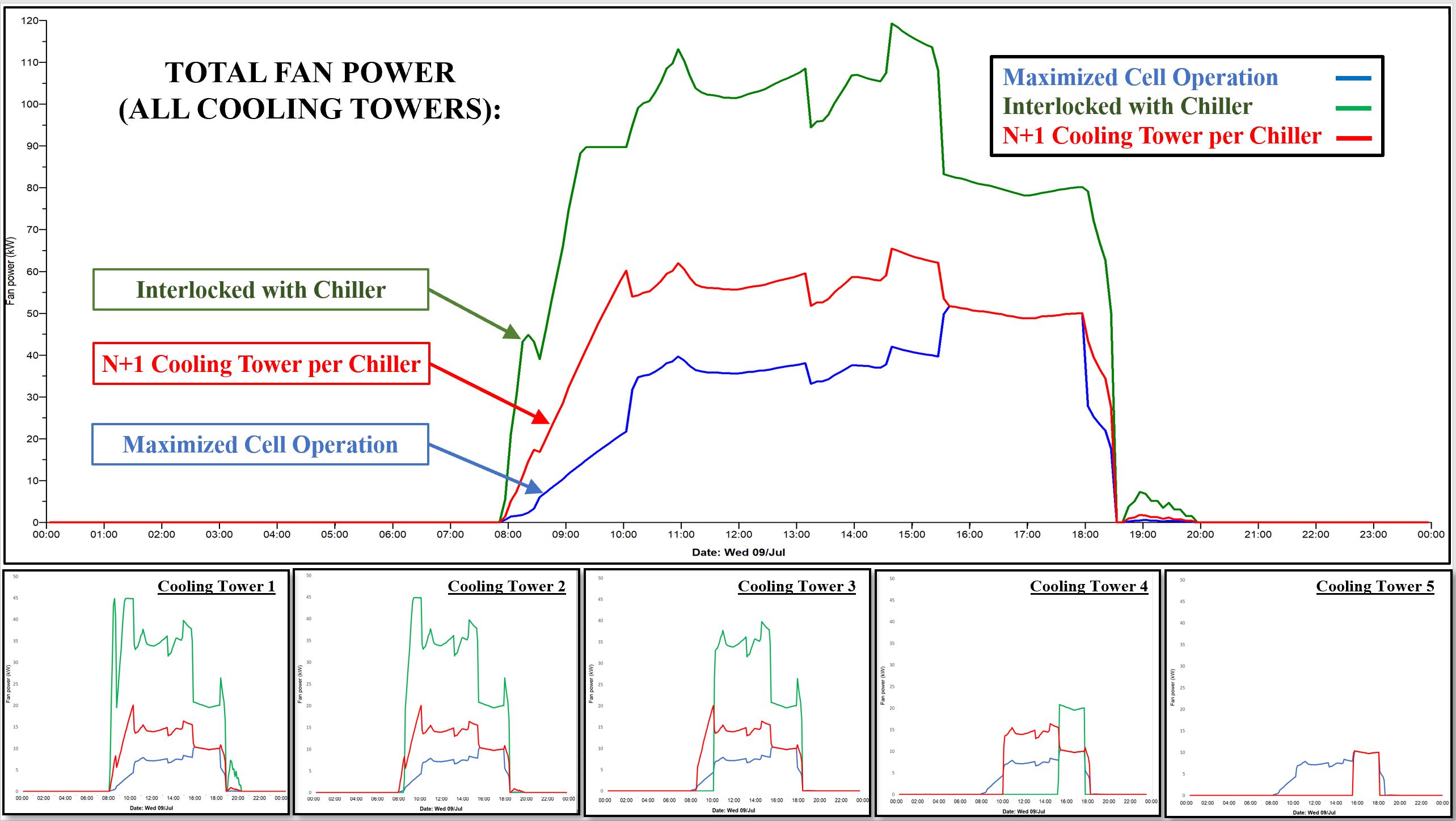 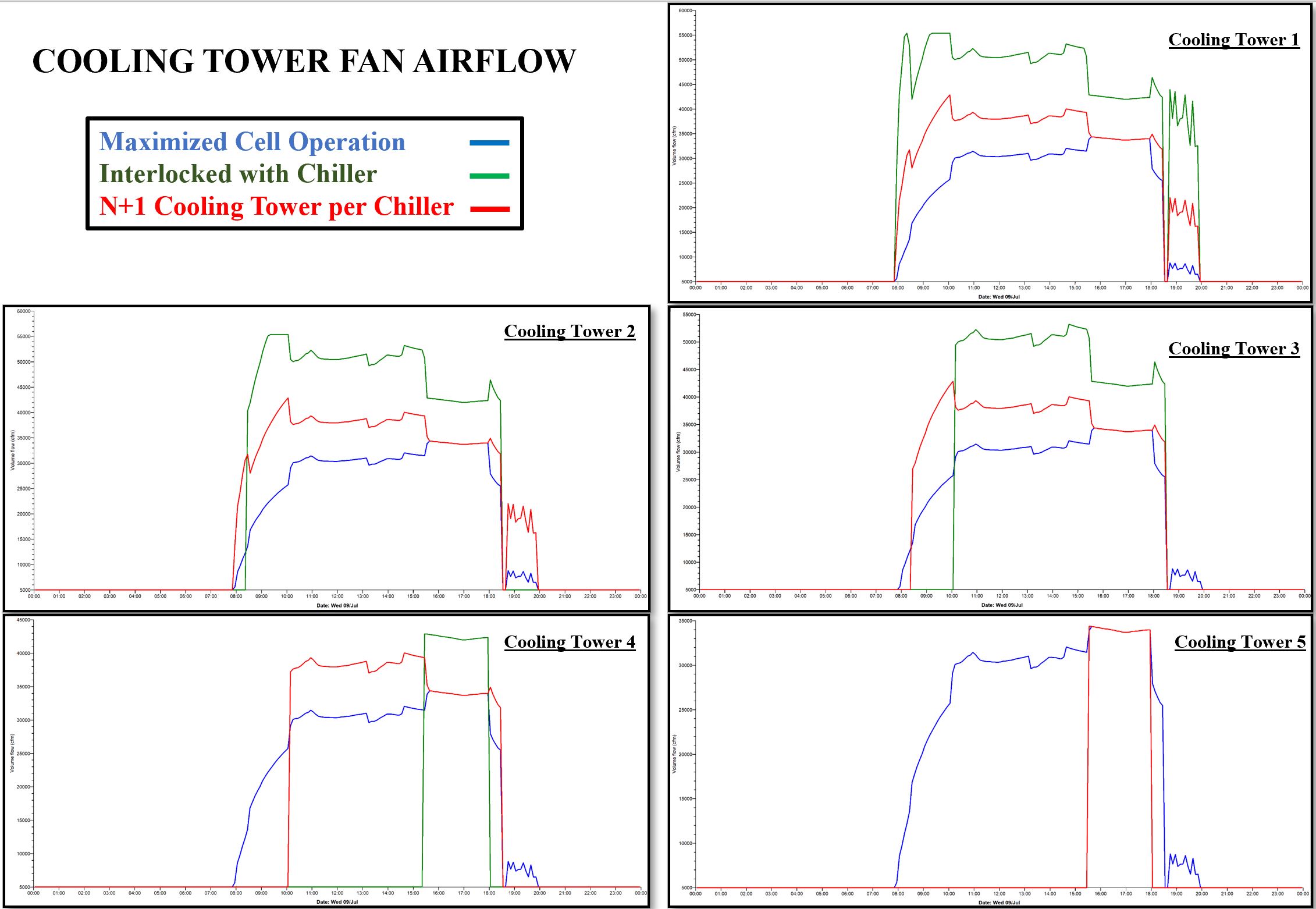 How to Avoid a Climate Disaster: Why Digital Twins are an important part of the solution