SSE have discovered the value of using IES ICL Digital Twin technology in their retrofit projects, after creating a detailed calibrated model to calculate the savings potential of a heat recovery air conditioning system from Daikin, which is helping a UK local authority make major savings at one of its key facilities.

And as the second anniversary of the new strategy approaches, initial indications from SSE Enterprise are that the savings from a move towards ‘smart building’ status are significantly more than forecast.

It is a two storey office building with a total floor area of 1,400m2. The recently refurbished building is home to the council’s 187m2 central server room, which powers the council’s IT network. About 130 council employees in various departments occupy the rest of the building.

After announcing plans seven years ago to rationalise its offices from 11 sites to just three, the council has been investing in improvements to this and the two other buildings, upgrading them to meet modern standards and accommodate relocated staff.

Like most councils, it had limited financial resources and challenging energy savings targets. Therefore, it had to develop a very robust business case in order to secure funding for retrofitting energy saving equipment in several council buildings.

The solution was an energy performance contract (EPC), procured via the Re:fit framework, guaranteeing energy savings for 10 years. The EPC route is a lifeline for local authorities needing to tackle energy efficiency issues and maintenance backlogs.

SSE Enterprise was awarded the contract in December 2016, and commenced the design of measures for an initial phase of 14 council buildings. This was one of the biggest and most complex buildings in that phase due to its size and critical services.

Old gas boilers – beyond their useful lives and non-compliant with current regulations – previously heated the building via radiators. Gas for the boilers was costing £1,620 a year.

The server room was in constant use – using power 24/7 for the servers and CRAC units. The building’s total electricity bill was almost £129,507 a year – a third of which was the cost of critical cooling for the servers.

By opting for Daikin’s three-pipe heat recovery system which can simultaneously heat and cool, SSE is able to utilise waste energy from the server room, and recycle it into other areas of the building – creating a truly smart building.

The heat recovery system, installed by SSE’s specialist sub-contractors, Daikin D1 Partner Crowther and Shaw, includes two condensing units, with a combined output of 28hp, located in a parking area. Indoors there are Round Flow cassettes, concealed ceiling units and a wall-mounted fan coil unit. The indoor units are individually controlled, giving each zone the ability to adjust temperatures slightly, if needed.

Refurbishment of the building, completed in 2018, included new ceilings and partitions – and a complete rethink on the building’s energy requirements, based on the council’s aim to cut its energy costs on the site by 20%.

To calculate the savings from the energy conservation measures (ECM) proposed for the building, SSE used the IES Virtual Environment (VE) software and iSCAN tool to produce a simulation with 99.3% accuracy, based on real data. The analysis showed the existing cooling units had a seasonal energy efficiency rating (SEER) of 1.95, while the boilers’ seasonal efficiency was 60%.

SSE worked with Daikin’s bespoke IESVE plug-in to model how simultaneous heating and cooling would operate and predict the SEER in both modes. This simulation showed that the system could achieve a SEER of 3.37. On this basis SSE’s EPC guaranteed the council would save £4,228 a year and reduce CO2 emissions by 29.4 tonnes.

“The concept of retrofitting a VRV IV heat recovery air conditioning system to transfer warmth from a server room to an office is simple, but guaranteeing the energy savings is complex because of intricate building physics. Collaborating with IES and Daikin enabled me to build a ‘Digital Twin’ and underpin investment with significantly reduced risk. The results of this project prove that collaboration and digital technology are the key to a net-zero future”
- Tunde Olaoye, Senior Energy Solutions Engineer, SSE Enterprise 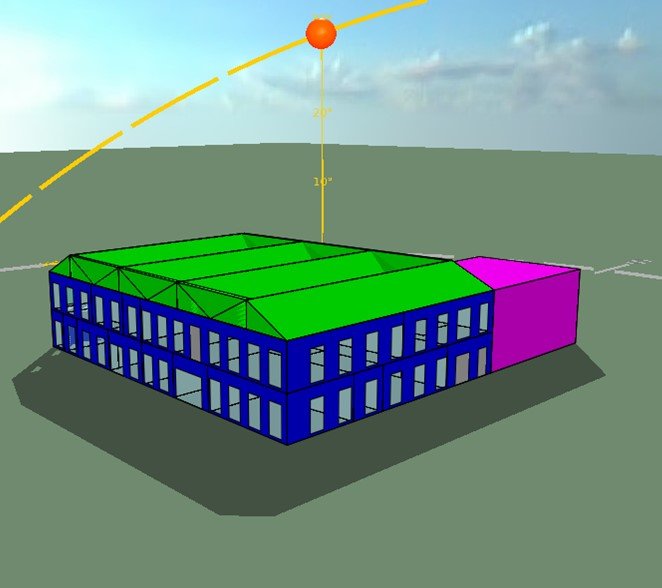