Casey Middle School measures some 106,500 sq ft (32,500 sq m). It caters for 600 students in Boulder, CO, sitting at the western edge of America’s Great Plains. The school, completed in 2010 for Boulder Valley School District (BVSD), was built by Saunders Construction to designs by RB+B Architects. The new facility comprises administration offices, kitchen, cafeteria, gymnasium, library and a 350 seat auditorium, and replaces a 1924 development.

LEED Gold was a target for the project. Casey surpassed this, being rated LEED Platinum. Key energy and water conservation measures installed include continuous insulation of the envelope, low-flow irrigation and plumbing, high-efficiency equipment and energy-recovery ventilation. Geothermal energy is exchanged with heat pumps, daylight harvesting is a feature, and demand-controlled lighting and ventilation are included. The school’s photovoltaic array shelters bike racks and shades the windows.

A measurement & verification (M&V) plan of energy and water conservation measures was agreed upon to show how the school’s environmental systems were running. The M&V process gained the school extra LEED points by verifying the promised energy reductions of the school over a comparable building. M&V, similar to soft landings or post-occupancy evaluation (POE) in the UK, is strongly advised for commissioning any new major building because there can be a costly discrepancy between how it is predicted to perform and how it actually does.

When Architectural Energy Corporation (AEC) was selected to carry one out for Casey Middle School they turned to the IES Virtual Environment (IES VE) for a more satisfying result. While looking at the best way to undertake the International Performance Measurement & Verification Protocol (IPMVP) calibrated simulation route (option D) with IESVE, AEC approached IES Consulting, about their iSCAN consulting service for advice on new developments in the software.

IES Consulting has access to cutting-edge technology developed by IES Research & Development division. Real data from a building management system (BMS), commonly installed in modern structures to make sure its systems run properly, can be used to calibrate IES’ software models. When BMS data is used alongside actual recorded weather data, the result is incredible accuracy: clients can see how their buildings are performing on a sub-hourly basis.

The IES team worked remotely throughout the project, so AEC’s engineers could simply send a 3D Revit model of the school to IES’ offices in Scotland. This model contained the school’s geometry, u-values and the insulative properties of walls and windows, the proper heating, cooling, control and renewable generating equipment.

Once it received the model data, IES imported it into its Virtual Environment (VE) software, exactly modelling the geometry and ‘as design’ performance of the school. The team then input the actual seasonal environmental conditions of the area, including the temperature, types of solar irradiation, humidity and wind patterns which affected the building during the 2011 M&V review period.

In order to make sure the virtual model behaved realistically the team used this real weather data and recorded data from the building management system (BMS) to calibrate it.

AEC gave IES access to recorded data from the school. This originated in numerous sensors making up Casey’s BMS, monitoring HVAC units, lighting controls, and water pumps. Others measured the power generation of heat pumps and geothermal devices. The results showed exactly how the school performed throughout 2011.

Systems which are frequently overridden by human intervention – such as lights – were inputted separately. Also, since air permeability was not known accurately and would have a direct impact on the school’s heating and cooling loads, IES needed to calculate it. To do this, IES recorded internal temperatures over time and compared them to the external temperature to work out how much air was escaping.

“Taking actual data streams and importing that into the model was a real benefit as it meant one could inject accurate measured data, thus removing a variable in the simulated model,” says John Wood. “Using the geometry and calibrated systems operation, the IES ASHRAE 90.1 PRM Navigator tool automatically creates a baseline against which savings will be measured.”

The thermal performance of this fully-calibrated model behaves much like the actual school, including interactions between different environmental and building systems. This model can be investigated to show where actual operation differs from that of the design intent, allowing the causes to be investigated and corrected.

“The benefit of using IES Consulting over our previous method was that the new software IES uses has more flexibility in creating some of the control sequences,” Wood continues. “This was of particular use in modelling the complicated geothermal pumping control. Where previously we would have to make assumptions on the energy being used, IES were able to actually build the sequence of operations in the model. Therefore it was possible to input more variables and make them more configurable.”

When they had all the data, the team populated and calibrated their virtual building, comparing the results with the design data. They wanted to show that savings promised as part of LEED certification were being made, and that Boulder Valley School District had got what it asked for.

IES made a broad comparison between the gas and electricity demand and the design prediction. It became clear 20% more gas was being used than could have been expected. Traditionally, facilities managers would have had to rely on guess work and tweaks in order to try and bring this back down.

Instead IES used its new software to drill down and find the offending component. A combination of 3D graphs for immediate visual impact (the axes being power, month and individual days), and 2D colour charts for more precise analysis was used. An air handling unit was quickly discovered to be the problem. 3D peaks appeared where there should be flat areas in the winter months. The 2D chart showed that it was on for long stretches when it should have been off – some cold nights notwithstanding.

AEC examined the unit and found that someone had switched it to manual where it should have been running to a schedule. IES’ graphs suggested this had happened in October. Reverting to automatic was a matter of reactivating the system.

Another discrepancy between modelled and actual data showed CO2 reaching an unexpectedly high level in the auditorium at certain times. They found that the HVAC system activity was not set up to run when people were using the room. Because real life seldom moves on a timetable, one commissioning recommendation has been to reprogram the HVAC controls to turn on (if off) at times when CO2 went above a certain set point.

“The visualisation tools IES Consulting gave us were particularly useful, especially the colour gradient charts as well as data interrogation of time bands showing how often we did not meet a CO2 set point,” says John Wood.

The pumping energy was also higher in the measured data than was expected.

Meanwhile, the PV panels were producing more power in the winter and less in the summer than was predicted – their angles were steeper in real life than on the model. This was beneficial because it better matched the building’s load profile.

The Casey Middle School case study shows how IES Consulting can make use of Revit, Sketch Up or other 3D models, design data and building management systems to quickly and easily assess operational performance against design intent. This was used to help achieve LEED environmental certification and boost in-use optimisation.

Improvements were simple to make and virtually free to carry out, maximising savings. 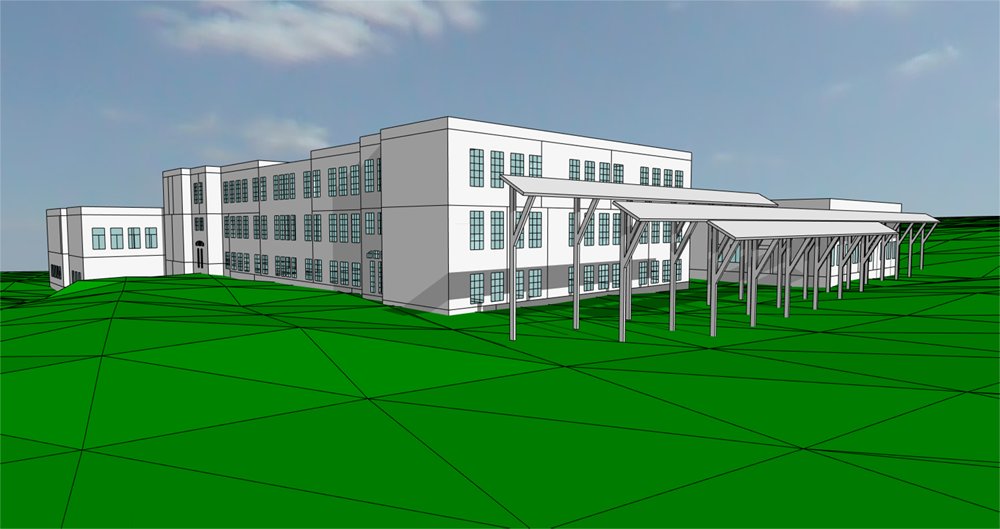 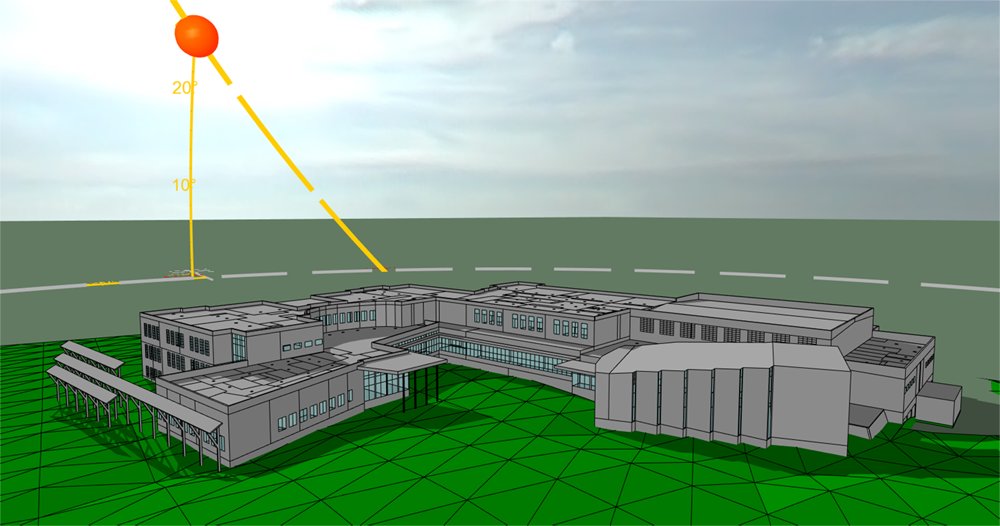 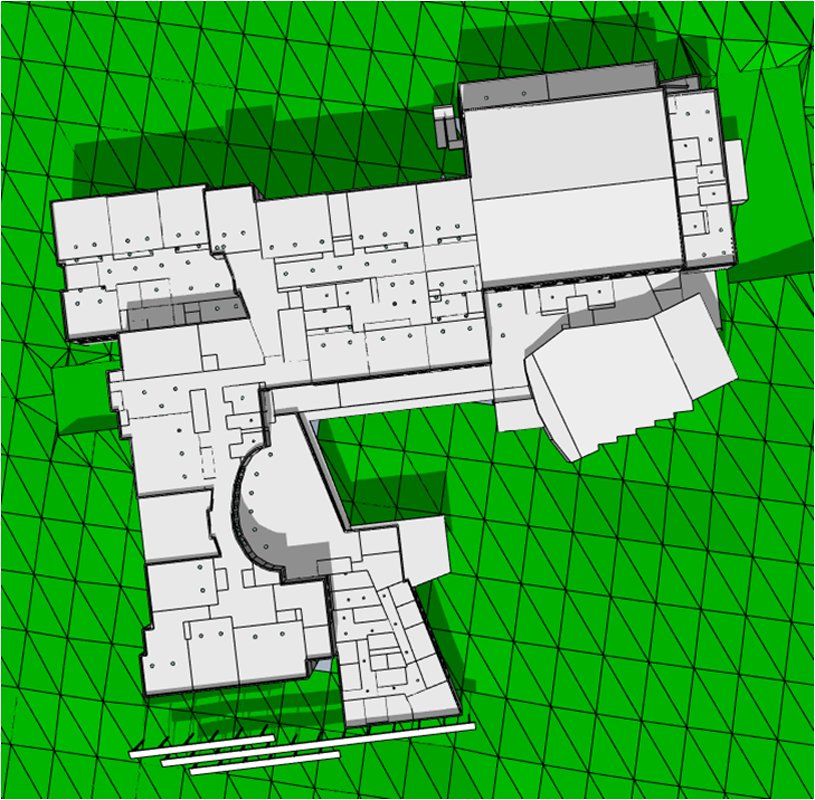 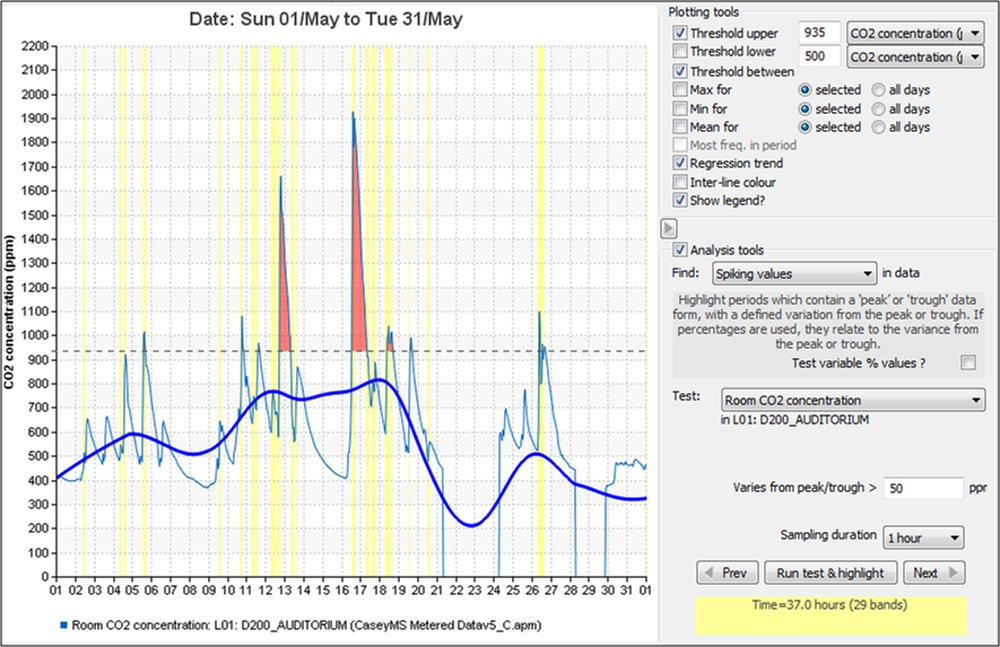