Within the framework of the development of the Kingdom of Bahrain, the Bahrain Airport Company (BAC) is developing a masterplan for the existing airport and its extension planned for 2020-2030. With a built up area of around 250,000 m², distributed over four above ground floors and a basement, the new terminal will boost Bahrain International Airport’s capacity to 14 million passengers per year.

SEEDS International was appointed to assist the design team in identifying opportunities to optimize energy performance in such a way that the project would comply with LEED requirements.

Using the IES VE-Navigator for ASHRAE 90.1 (LEED Energy), a detailed building energy performance analysis has been conducted to evaluate the overall performance of the building systems in accordance with ASHRAE 90.1-2007, Appendix G Performance Rating Method, and verify the cost savings achieved.

Given the harsh climate in Bahrain (Zone 1B) and the project’s structure having a 65% window-to-wall ratio, a major focus was placed on insulating the building. Optimizing the properties of the façade yielded a lower overall heat gain, a reduced energy demand and henceforth a reduced overall Energy use intensity.

“Completing this study was a challenge, from the architectural modelling to that of the HVAC systems, down to the post processing of the results. The project consisted of multiple atriums, concourses, lounges, etc. where each space has a specific thermal template and a specific occupancy rate – all within a 24/7 operated facility.

Nothing about this project was conventional! It was a stepping stone for our energy engineers to better understand the software and master the energy modelling process from A to Z but, having succeeded in this project, we would certainly recommend IESVE to others for the modelling of large scale multi-functional projects such as this.” 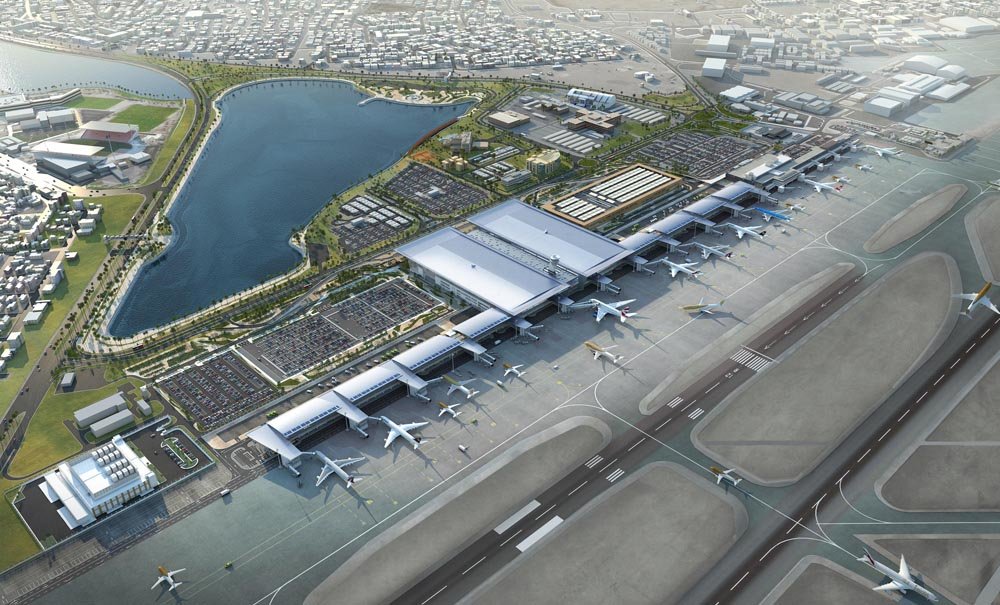